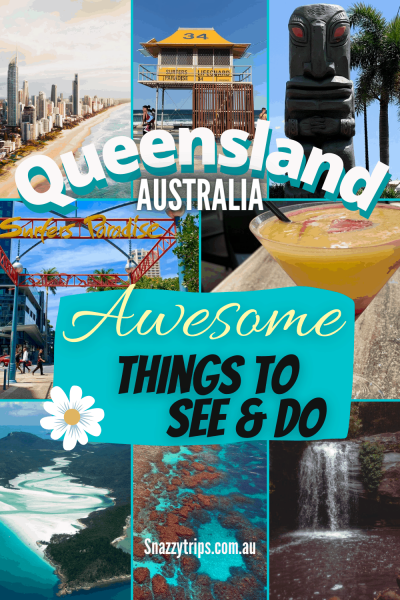 Planning to visit Queensland? There are many reasons why you should go and experience the sunshine state of Australia. Let me highlight a few amazing things that will entice you to travel there and check it out for yourself. It’s an incredible place for a holiday or a longer stay, that I’m sure you will love as much as I do.

AWESOME THINGS TO SEE AND DO

Firstly, a little bit of important information about this part of Australia, before you go.

I’ve been to Queensland several times and one of the things that amazes me the most is its immense size.

If you’re looking for a resort getaway, Queensland has them in spades, to suit everyone’s liking and budget, with many magnificent locations to choose from. Ranging from mega luxury like the Sheraton Mirage Port Douglas, to Daintree Ecolodge tree houses. And if you’re a glam-backpacker there is the Rambutan in Townsville.

If it’s an island retreat you want where you can venture into the Reef, there is Hamilton Island, Hayman Island, Heron Island, Daydream Island, Lizard Island and others.

Sadly, some Queensland island resorts are in disrepair. South Molle Island resort is in ruins and has been closed for years, as is Dunk Island resort, both due to damage incurred from cyclones. Hayman Island only just recently reopened after its revamping, following cyclone devastation also, and it is stunning.

Tours of the Whitsundays you may enjoy

If it’s world heritage sites you are interested in, Queensland has 5 UNESCO World Heritage Sites to explore.

All are outstanding examples of rich, natural universal value:

Tours of the Great Barrier Reef to consider

There are more than 200 national parks to explore in Queensland. Some of them are:

Other awesome reasons to visit Queensland

Theme Park passes and tours for you That’s Queensland in a nutshell. With so much on offer in this magnificent state, you’d be bloody mad not to visit Queensland and include some of its awesome attractions in your Australian itinerary.

Let me know what you think in the comments section below. 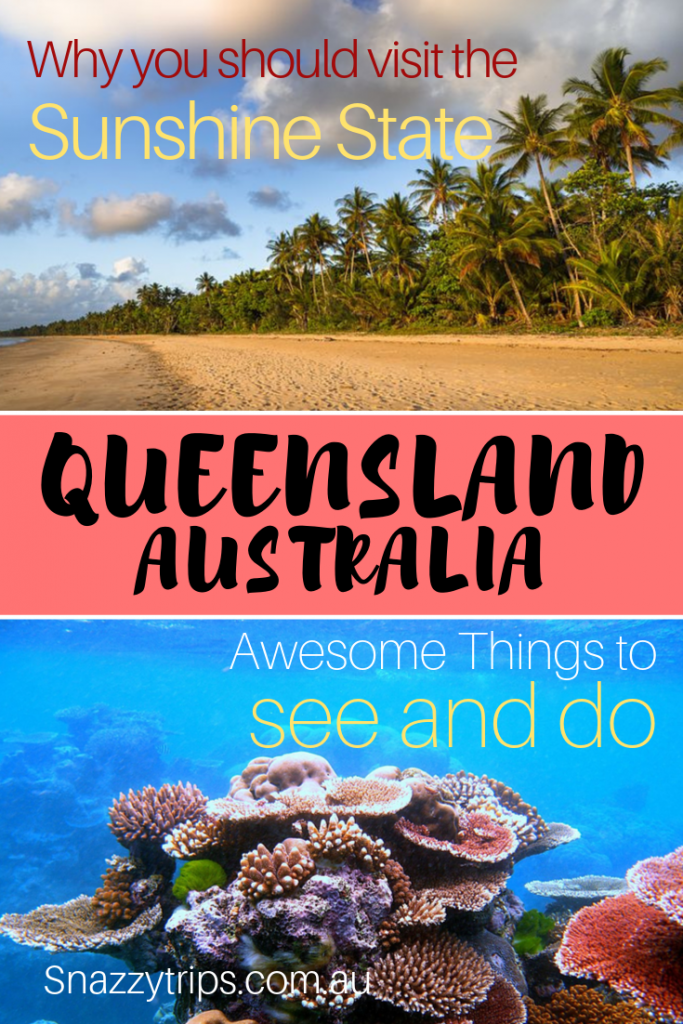 12 thoughts on “Why You Should Visit Queensland”