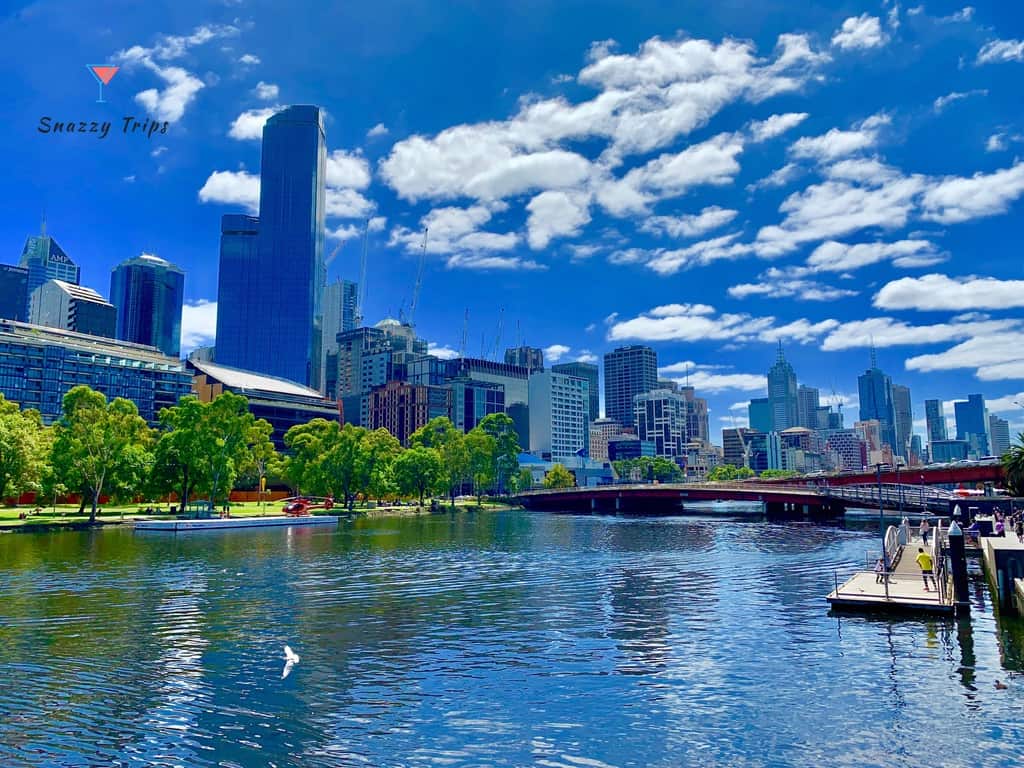 I love putting together lists of fun facts about places I’ve been to, so of course I had to do one about my home town Melbourne, Australia. Check out my 16 fun facts about Melbourne and discover new reasons to plan a visit in the future. A bucket list destination for many travellers, Melbourne is chock full of fascinating and entertaining attractions for everyone. This cosmopolitan city is well-renowned for its multicultural lifestyle, sporting culture, thriving nightlife, street art and of course it’s an absolute haven for foodies. These fun facts about Melbourne provide you with a little more insight into the fabulous city as well as some inspiration to visit. 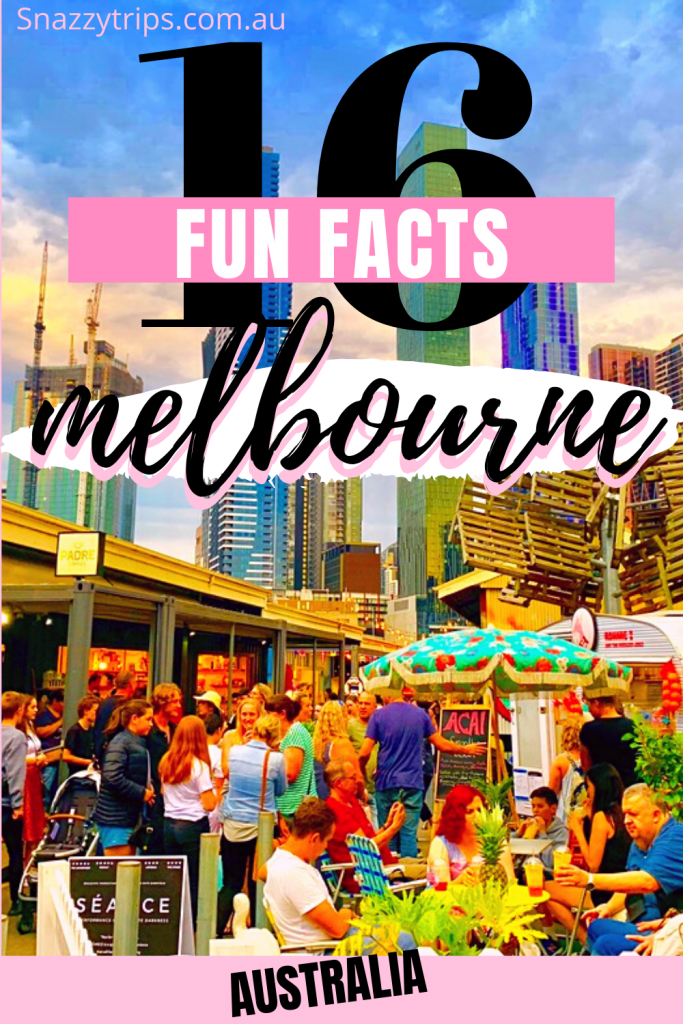 1. Melbourne was the first city in the world to make wearing seat belts law in 1970, for front seats.

2. Melbourne has the largest working tram network in the world, which has 250 kilometres of track. Furthermore, it is powered by solar energy, helping to cut greenhouse gas emissions. 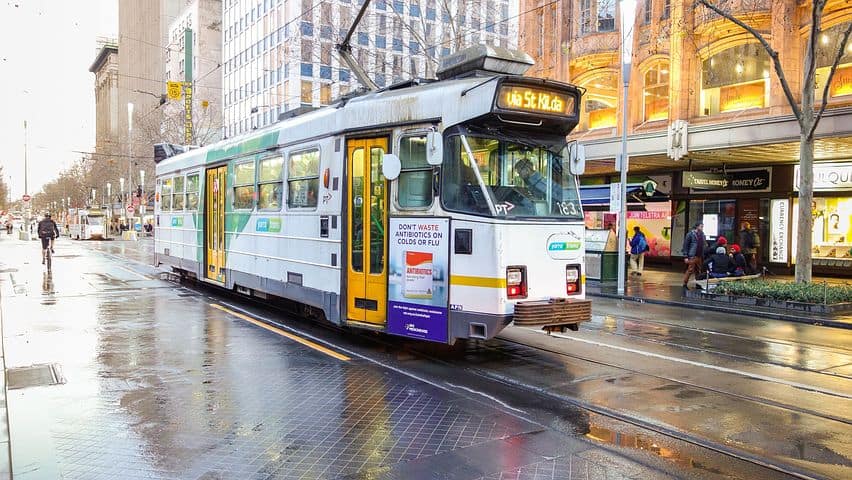 3. Over 100 languages are spoken in Melbourne, a testimony to the multiculturalism of the city. The most widely spoken languages other than English are Italian, Greek, Mandarin and Indian languages of Hindi, Bengali & Gujarati, to name a few.

4. Melbourne has the most skyscrapers in Australia, i.e. more than 150 metres high. Furthermore, the tallest skyscaper in the Southern Hemisphere will be built in Melbourne called the Green Spine at Southbank.

5. There are more foxes in Melbourne than anywhere in the world, even though you don’t see many wandering around. 6. Melbourne has a UNESCO world heritage site, which includes the Royal Exhibition Building, Melbourne Museum and surrounding gardens in Carlton.

7. Melbourne Football Club, one of the AFL teams (Australian Football League), is the oldest professional football club in the world, since 1859.

8. Melbourne’s popular Queen Victoria Market is built over the old Melbourne cemetery. The market is the largest open air market in the Southern Hemisphere, at 7 hectares in size. 10. Melbourne is consistently ranked one of the top most liveable cities in the world for the last 8 years, with accolades of world class food, art, transport and living conditions. 11. At the Melbourne Olympic Games, the format of Olympic ceremonies was changed when athletes walked in together for the first time in 1956.

12. Melbourne’s Food and Wine Festival is the biggest one in the world, with over 200 different events and more than 300,000 people yearly. Local and international chefs partake. Unfortunately the March 2020 festival was postponed due to the pandemic. 13. Melbourne was originally called Batmania, after one of the founding forefathers.

14. The most expensive cocktail in the world was made in Melbourne for almost $13,000, and the guy who ordered it only had a couple of sips. It was made with Croizet Cognac and was called the Winston.

15. Melbourne has more restaurants and cafes per capita than any other city in the world, as of prior to the pandemic.

16. Finally, Melbourne is a UNESCO city of Literature, for the number of bookshops and publishing houses here, and for having one of the first free libraries in the world. That’s it for my 16 fun facts about Melbourne. Have you learnt something new? Have you been to Melbourne? Or do you plan to visit soon? Please leave a comment below if you wish.

Be sure to have a look at some of my other Melbourne blog posts for ideas on places to go and things to do in and around the city. 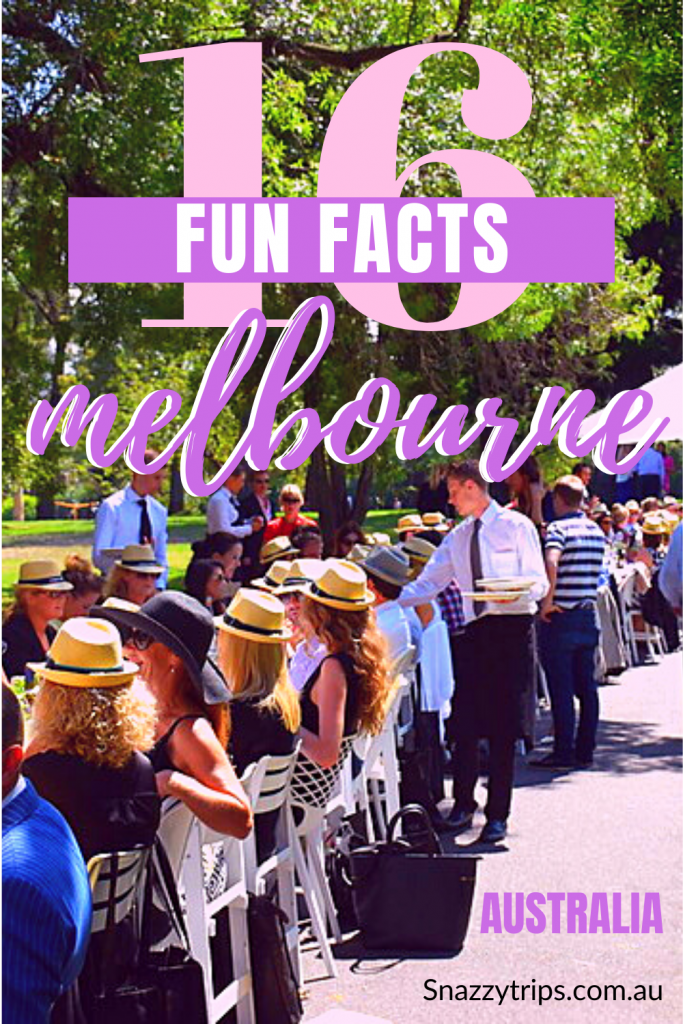 6 thoughts on “16 Fun Facts About Melbourne”