If you have been to Italy you have no doubt been in awe of the beautiful cities, marvelled at the historical sites, admired the stunning art and savoured the delicious cuisine. In order to better appreciate the fabulous boot-shaped country on your next visit, here are 20 incredible facts about Italy that you should know. Or, if you’re still thinking about going for the first time, these will definitely give you the push you need to go.

THINGS THAT MAY SURPRISE YOU

Prior to unification in 1861-1870, the Italian Peninsula used to be made up of many separate kingdoms, republics and duchies. Now they make up the 20 different regions of Italy.

Italy has the most UNESCO sites of any other country – 54 in fact! They include the Colosseum, the Piazza del Duomo in Pisa, the Venice Lagoon, the Strade Nuove in Genoa, the Dolomites in the Italian Alps and Cinqueterre.

Italy has the most artwork/masterpieces than any other country in the world, per capita. Some of them are ‘The Last Supper’ by Da Vinci in Milan, ‘The Creation of Adam’ by Michelangelo in the Sistine Chapel, ‘The Birth of Venus’ by Botticelli in Florence, and ‘The Statue of David’ by Donatello in Florence.

The Vespa scooter was invented in Italy during the 1940’s as an affordable mode of transport after the war (WWII).

Italy has the most wine drinkers in the world and is the largest exporter of wine in the world.

In Abruzzo, there is a fountain that spouts, not water, but red wine. Yes, a wine fountain! And it’s free! Everyday! You want to know where, don’t you? It’s in the town of Caldari di Ortona, inside the Dora Sarchese Winery. What a tourist attraction!

Italy has the most pasta eaters in the world. With about 150 types of pasta in Italy, this is no surprise!

Italy has the most active volcanoes in Europe. The Etna, Stromboli and Vesuvius have all erupted in the last hundred years. Mt Etna has been slowly erupting for 3,500 years and spews lava everyday.

Italy has had the most earthquakes in Europe. (I never said all the facts were good!)

Italy has invented the most musical instruments. The piano in 1698 by Bartolomeo Cristoferi, the cello by Andrea Amati around 1500, and the violin by Antonio Stradivari of Cremona, he being the most famous violin maker.

Coffee terminology is in Italian, since the espresso machine was invented in Italy in 1884.

Italians invented the aqueduct. The Aqua Appia in Rome is the oldest, dating from 312BC.

Italy has the highest mountain peak in Europe, located in the Alps, called Monte Bianco which is over 15,000 feet.

The Vatican City State in Italy is the smallest country in the world.

The world’s oldest University still in existence is in Bologna, the University of Bologna, since 1088, in Northern Italy. The word ‘university’ comes from Latin and was first used by this University in medieval times.

Ballet originated in Italy during the Renaissance of the 15th and 16th centuries, then was brought to France by Catherine de Medici.

Guglielmo Marconi from Bologna first invented the radio in 1895.

An Italian named Aloysus Lilius invented the modern calendar and it was named after Pope Gregory XIII in 1582, hence the name Gregorian calendar.

I really can’t stop at 20, so here are more incredible facts about Italy for you to devour.

Leonardo da Vinci (1452-1519) the most famous Italian, was a polymath. He was a painter, sculptor, scientist, philosopher, engineer, architect, musician and humanist.

Italy’s death rate exceeds its birth rate. The government is now offering incentives for couples to have more children.

Matera in Southern Italy is one of the oldest cities in the world, inhabited for some say 9000 years! A fascinating city of stones and ancient cave dwellings.

Finally, Italy has a lot of churches, 225 in fact, which is the 2nd most in the world after Brazil.

And there you have it!

27 Incredible facts about Italy that I hope give you a better appreciation of this magnificent country. Italy has influenced many aspects of all our lives, around the world.

Tours of Italy you may enjoy

Below are some tours you may enjoy if you’re planning a trip to Italy in the future, which I recommend you do.

Even if you have been to Italy before, there is always more to see and explore. I have been several times and still haven’t seen many parts of Il Bel Paese (the beautiful country). 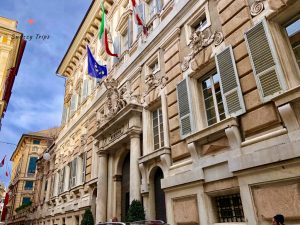 The Stunning Palaces Of The Rolls In Genoa 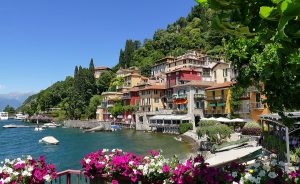 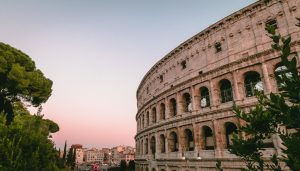 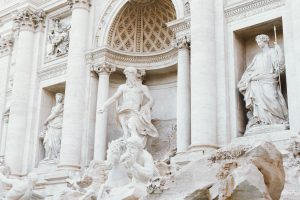 Why You Must See Rome's Famous Trevi Fountain

5 Amazing Things To See In Monza 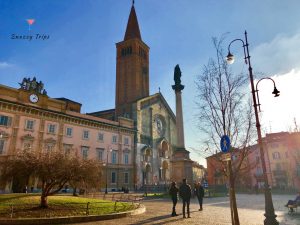 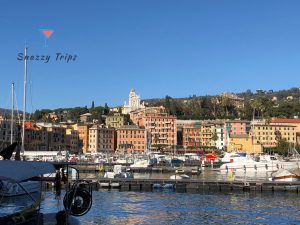 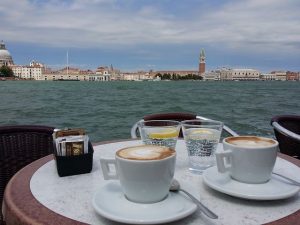 How to speak coffee fluently in Italy 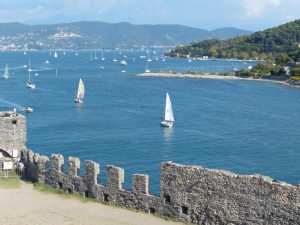 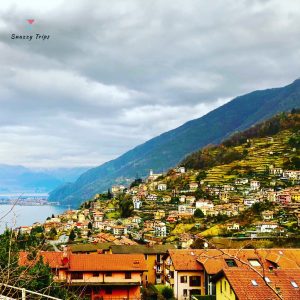 7 thoughts on “20 Incredible Facts About Italy”